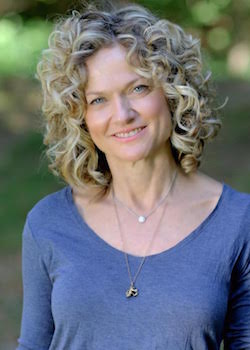 It’s a good thing Monique Polak has a lot of energy, because she does a lot of stuff. In addition to teaching English and Humanities at Marianopolis College in Montreal, Monique is an active freelance journalist whose work appears frequently in The Montreal Gazette and in Postmedia newspapers across the country. In 2016, Monique was the CBC/Quebec Writers' Federation inaugural writer-in-residence. Monique has also been published in Maclean's Magazine.

Monique is a three-time winner of the Quebec Writers' Federation Prize for Children's and YA Literature, recently renamed the QWF Janet Savage Blachford Prize for Children's and Young Adult Literature. She won the prize in 2014 for Hate Mail, the story of a boy reluctant to admit the new boy at his school -- a child with autism -- is his cousin. Monique also won the prize in 2009 for her historical novel What World Is Left, inspired by her mother's experience in a Nazi concentration camp. The American Library Association's publication, Booklist, gave What World Is Left a starred review, describing it as "heartbreaking" and "an important addition to the Holocaust curriculum. Monique recently won the prize again for her middle-grade historical novel Room for One More.

Room for One More was nominated for the 2020 Geoffrey Bilson Award for Historical Fiction for Young People. Flip Turn, On the Game, All In, Finding Elmo, and Scarred were all selected by the Canadian Children’s Book Centre for its Our Choice lists. Home Invasion was named a Popular Paperback by the American Library Association. All In was nominated for an Arthur Ellis crime-writing prize. Resource Links included Scarred on its Best Books for 2007 list.

Monique lives in Montreal, where many of her stories are set. In addition to writing and teaching, she enjoys cooking, jogging and puttering around her house. She has one grown daughter. 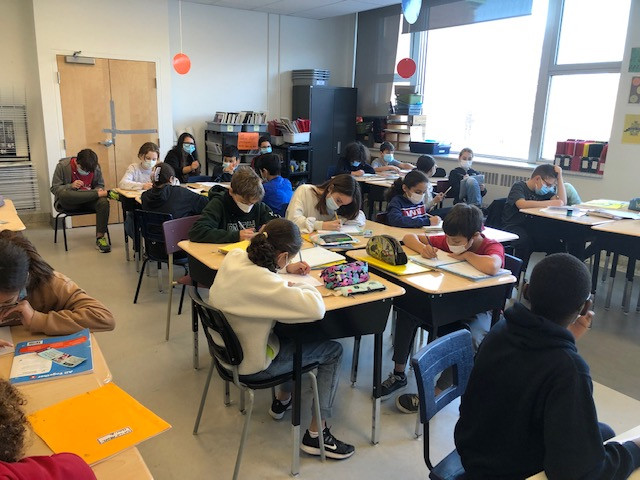 Bonjour! Bonjour! from Ecole Lajoie
There is something about seeing kids writing that makes me happy. Which is why I took today's pic wh...
Read More

Room for One More has won the 2021 Quebec Writers' Federation Janet Savage Blachford Prize for Children's and Young Adult Literature!

The Korean version of Planet Grief was recently published by Changbi Publishers.

Monique's first picture book, Oma's Monkey Man, will be published in both English and French by Scholastic in fall 2022.

A la radio! En français! Monique continues her stint as regular columnist on Radio-Canada's literary program, Plus on est de fous, plus on lit! hosted by Marie-Louise Arsenault.