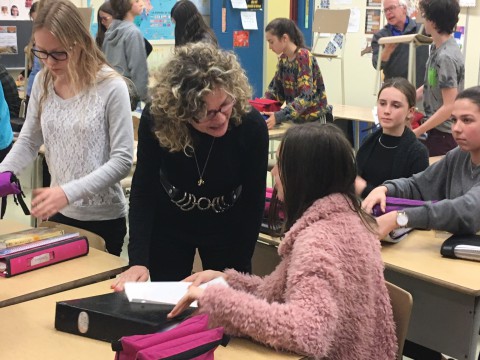 Thank you so much for coming in to speak to us today Monique! It was wonderful to meet you! Thank you for your inspirational words and your enthusiasm! I also love that I got a little mention in your blog post!

0 Cancel Reply
Thank you so much for coming in to speak to us today Monique! It was wonderful to meet you! Thank you for your inspirational words and your enthusiasm! I also love that I got a little mention in your blog post! :)
Cancel Update Comment
First Page Previous Page 1 Next Page Last Page