Another Day, Another Zoom! Back at Forest Hill Senior! 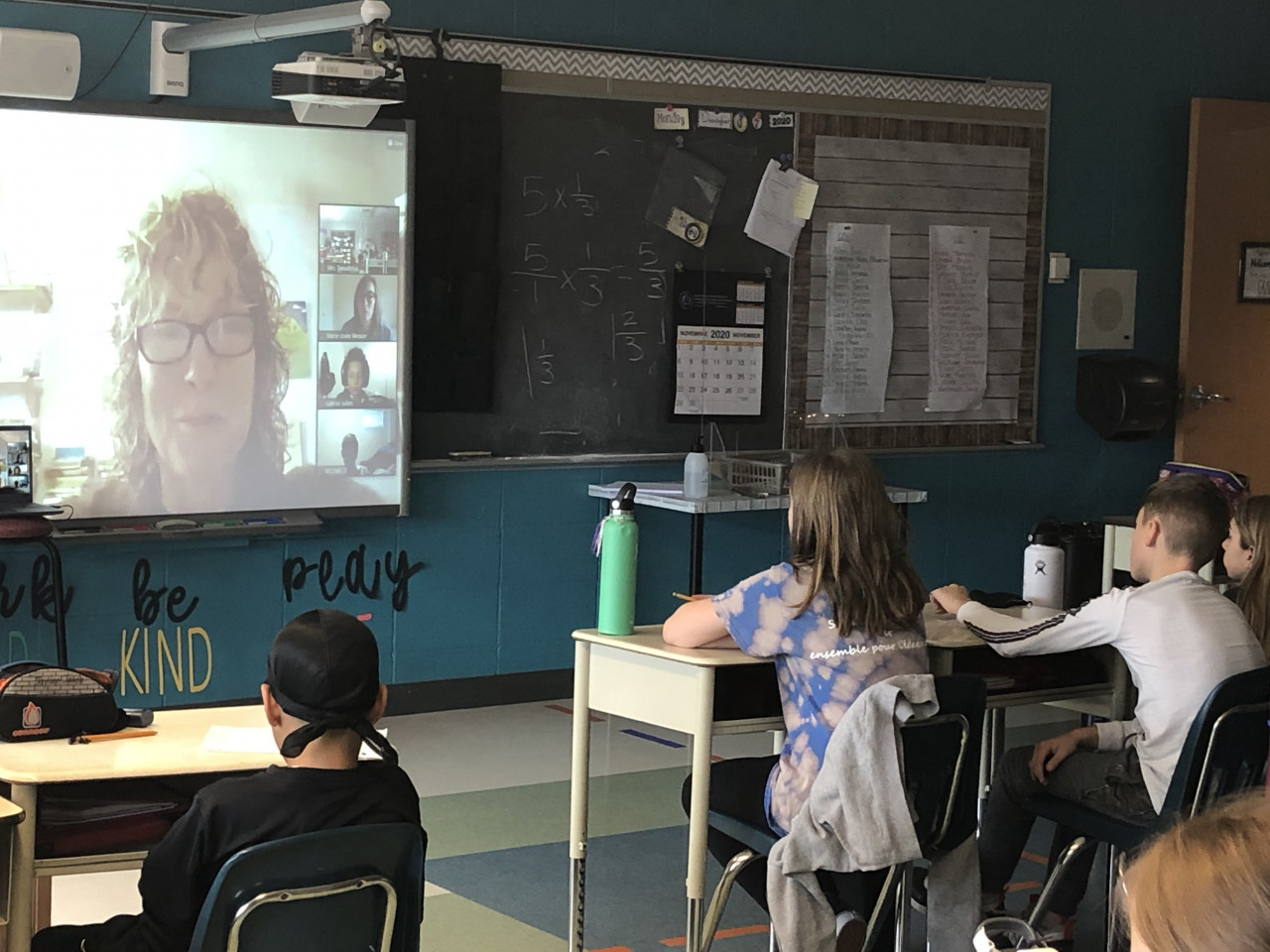 The only time I left my house was early this morning to go for a run, but it was still a busy day! That's because I had two Zoom visits with six Grade Six classes from Forest Hill Senior in St. Lazare. That's me on the screen in today's pic, telling the kids the things I wish someone had told me about writing when I was their age.

Maybe today, I'll tell you what some of those things are -- the stuff I needed to know about writing when I was in Grade Six. One is: it's a great sign if you hate your first draft! That's what a first draft is supposed to be -- hateful and no good at all! When I was a kid, I used to think that because my first drafts were so horrible it meant I was a terrible writer. In fact, what it meant was that I had the makings of a writer already -- because I was beginning to understand the absolute necessity of rewriting. Another thing I wish I'd known is: writers generally need to do research before writing a book. Because in order to write a book, you need to know a thing or two about something!

In the morning, one of the classes was attending by Zoom -- so on my screen, I saw about a dozen students in their own homes. At one point, a student named Gabriel disappeared! When I called out, "Gabriel? Where did you go?" he answered back, "I'm writing!" -- which of course, I took as excellent news!

I was also happy when a student named Juliette told us, "I usually get my ideas when I dream." That happens to me sometimes too, and Juliette's comment gave me an opportunity to tell students to jot down their dreams -- that dreams can be an important source of inspiration.

Jayden had a great question, "When you write, do you sometimes mess up?" That was an easy one for me to answer, so I told him, "All the time!" Messing up at stuff, including writing, is how we get better at it!

We talked about how trouble fuels a story, helping it to move forward. At the end of my first workshop, one of the teachers, Madame Messier, told her students, "We can see our problems as treasures that will become fascinating books!" Exactement! (I put that in French because Madame Messier is a French teacher, and what she said to the students was in French -- I just translated it here for my English-speaking blog readers.)

The kids I worked with in the afternoon stayed attentive till the last minute -- which is a feat on a busy school day this time of year. Annabelle told us, "Usually when I get home, I write for a bit!" Now that is news I like to hear!

I'll end today's blog with another funny moment. I was telling the students about my book 121 Express, which is based on a real-life bus where the students get kind of wild. When I explained that, as part of my research, I had taken the bus, a student named Aaden wanted to know, "What exactly did the kids on the bus do?" I told Aaden that if I answered his question, I didn't want him to get any evil ideas -- to which he answered, "I don't take the bus!"

Thanks to the students today for being super listeners, and for making me laugh. Thanks to all the teachers -- Madame Messier, Mrs. Tawadrous, Madame Maria, Mrs. Pharand, and Madame Christine for being real-life heroes during the pandemic, and  also for sharing your students with me. Thanks to Ms. Hausen for arranging the visit. And an extra thanks to Mrs. Tawadrous for today's pic. I'll be back on Wednesday for another Zoom visit to Forest Hill Senior!

Monique,
Thank you to you and your monkey man for the visit today and thank you for talking about how revising our work is so important! I loved that you said the first draft is usually "crap"! It's nice for them to hear about the edit and revise stage of writing from someone other than me! It makes my nagging them worth it! I keep telling them that one day they'll thank me! Now I'll tell them one day they'll thank both you and I!
Deborah Pharand

0 Cancel Reply
Monique, Thank you to you and your monkey man for the visit today and thank you for talking about how revising our work is so important! I loved that you said the first draft is usually "crap"! It's nice for them to hear about the edit and revise stage of writing from someone other than me! It makes my nagging them worth it! I keep telling them that one day they'll thank me! Now I'll tell them one day they'll thank both you and I! Deborah Pharand
Cancel Update Comment
First Page Previous Page 1 Next Page Last Page